International day of yoga is also called as the world yoga day. United Nations General Assembly has declared 21st of June as an International Yoga Day on 11th of December in 2014. Yoga in India is considered to be around 5,000-year-old mental, physical and spiritual practice. Yoga was originated in India in ancient time when people were used of meditation to transform their body and mind. Launching a particular date of practicing yoga all across the world and celebrating as yoga day was initiated by the Indian Prime Minister to the United Nations General Assembly.

Our school celebrated the world YOGA day with great enthusiasm & energy with the intension to carry positive energy throughout the year. Efian students both Primary, Senior and KG sessions performed YOGA exercises on the occasion of International Yoga Day during school hours. On this occasion, our respected school Principal Mr. Saji Oommen inaugurated the programme. Our Physical Education department took a keen interest in training the children in yoga exercise and conducted different awareness programme.

The teachers of EFIA also reaped the fruits of a rejuvenating yoga session conducted under the instructions of the trainer MS.BRINDA.

The importance of mental and physical fitness for a healthy and peaceful life was revisited. 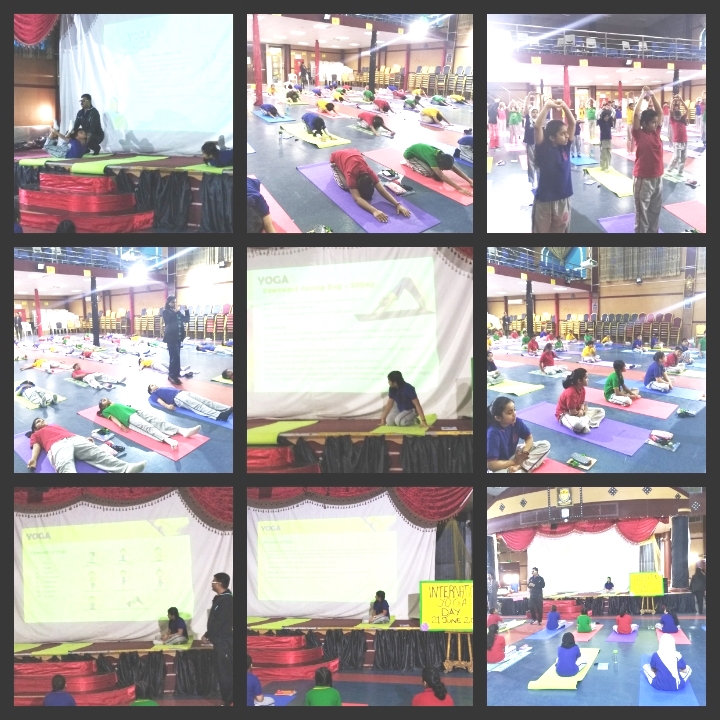