Role play activity was conducted in KG2 classes, to make the students aware of the various community helpers and their roles in the community.

Children are always eager to learn new things.  In order to prepare the young students for any possible situation they may find themselves in, it is fundamental that they are made aware of the various community helpers and their roles in the community. This awareness will educate children on the appropriate ways to respond/react when they see someone hurt or face other challenges.

As a young individual, children must also understand the significant roles different community helpers play in our lives, and children must learn to respect them and the service they do for the community.

In this context and as part of the curriculum, the students of KG2, were taught the lesson Community Helpers.

As part of the learning, the activity – Role play – was conducted during virtual classes. The students were thrilled and participated eagerly; to show their awareness about the roles and responsibilities of the community helpers and also shared the importance of their roles in our daily life. 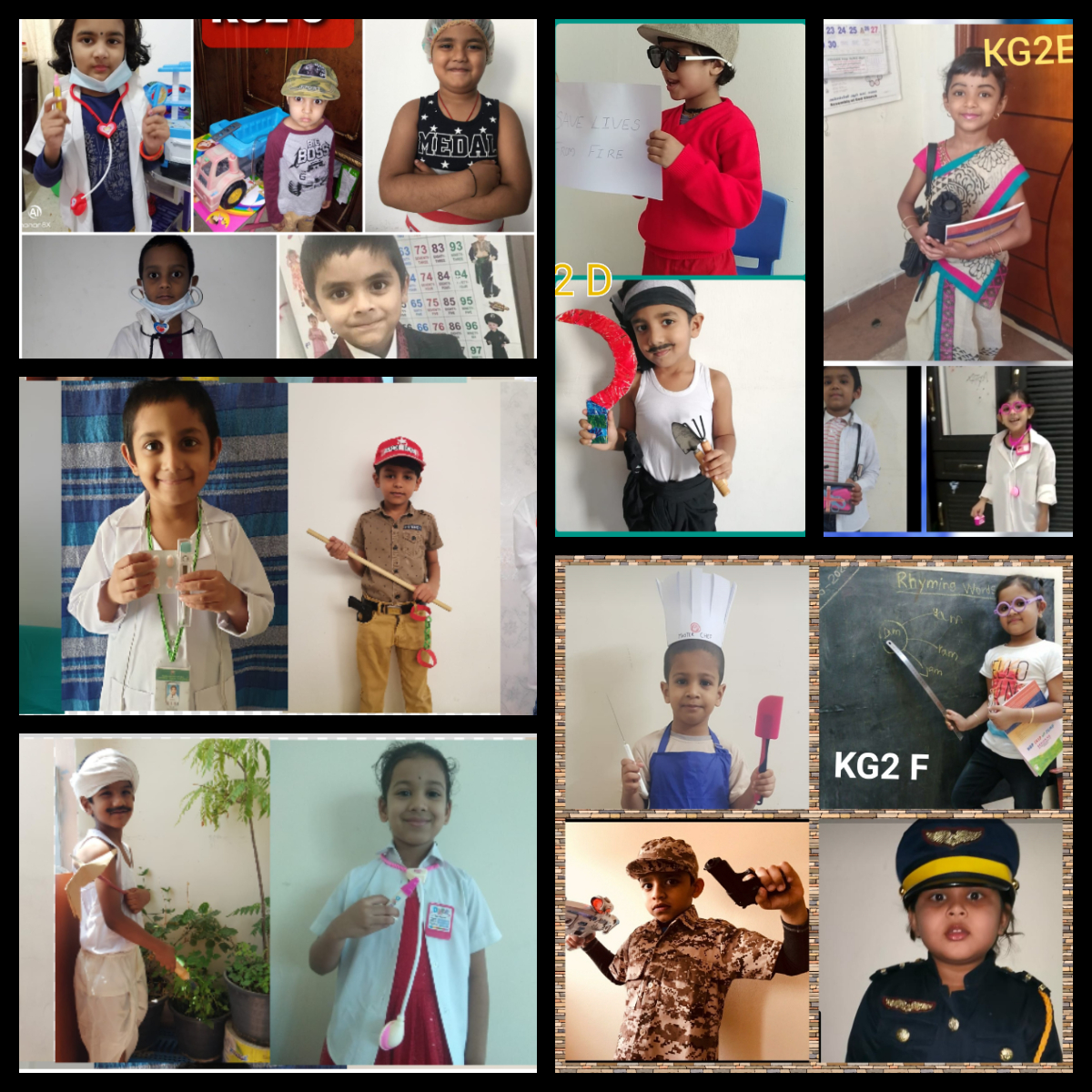